We seem to be into one of those periods of weather in Phuket when Mother Nature is playing games... "You'll never guess what I'm going to do next!". In general, it's quite blustery, with brief showers and also plenty of sunshine. But the skies change so fast. This morning, at my house, I looked at the sky and wondered if I might get wet on the way to Phuket City to pick up my renewed work permit. After driving the 3 kilometers to the "Sam Kong" junction next to Tesco Lotus, the sun was out and I could not see any threatening clouds!

I stopped at Kata Beach to check out the surf. There was a strong breeze blowing and the waves were fairly big. Not snorkeling weather, but you might be able to go surfing. At around 9 o'clock there were only a few people on the beach taking in the morning sunshine. A few were playing with the waves. I heard a whistle blow which may have been a lifeguard (yes, they do have them!) warning those frolicking in the surf that they should not get out of their depth. Kata Beach looked very nice this morning. 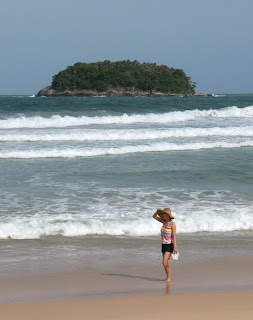 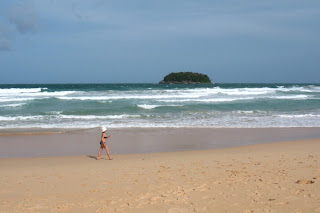 Meanwhile in England, the sun finally came out, which was nice. My mother was getting S.A.D in July with so many grey days. In the end, the sun came out at Wimbledon, and a British player won a title (Jamie Murray along with some bird) in the mixed doubles, and the sun shone for the start of the Tour de France in London. Don't suppose we'll get a British winner there.. although after 2 days there are 2 Brits in the top 5! 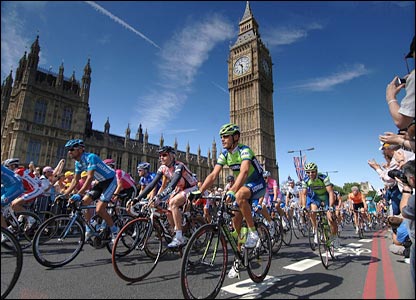 Phuket Weather update - about 30 minutes ago the skies suddenly darkened and the rain fell for about 3 minutes. Sky is now shades of grey.