Although Thursday was a wet day, people were out scuba diving. It's not rain which is a problem for dive boats, but wind and waves. A bit of rain won't hurt you.. as a friend of mine used to say (he was the very enthusiastic captain of the York University cycling club) "You're not made of sugar, you won't dissolve" - the Wind Guru website is very good for wind and wave predictions, it's used a lot by dive shops in Phuket. Looking like sunshine and calm seas for next week...

And you know, sometimes you gotta brave the rain. A customer of Sunrise Divers Phuket came to our shop on Friday with some photos from Thursday's trip. Certainly worth getting wet if you see one of these... 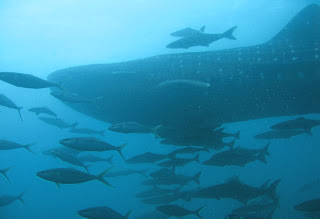 And from the world of the bizarre, on Thursday night there was a mass beaching of false killer whales (aka pseudo orcas) at Racha Yai island just south of Phuket. Local people, hotel staff and tourists helped to get them back in the water, though one died. For the story and a video see: Thai news Website.

Friday's weather was mostly sunny, though in the morning as I headed to work, the sky was dark and threatening - see photo below near Phuket Town: 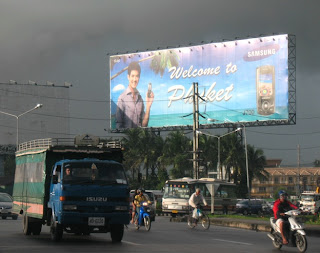 By the time I reached Chalong, things were mostly blue again, though the wet road shows that it had just been raining... 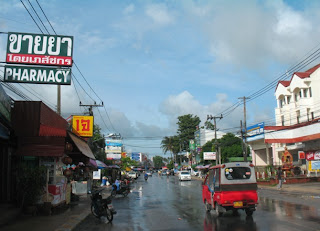 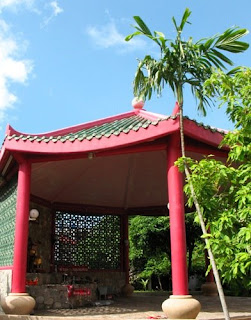