We are 543 years ahead here in Thailand. Offical documents all use the Buddhist calendar - the "Western" calendar was only introduced into Thailand in 1889, and it was not until 1941 that January 1st was the official first day of the year. The "Thai New Year" (Songkran) is in April. So, in a few more months we can say Happy new Year again.. in fact we can say it again next month for Chinese New Year!

There was some very unseasonable weather last week with a couple of very grey and wet days, which is rare for January. However, by Thursday it was dry again, Friday was hot, Saturday was toasty and today is roasting :)

Busy days in the dive center, little time for getting out and enjoying the sun. Ah the irony of living and working in paradise! Can't always actually take advantage of where I live, except on days off (which are rare in peak season!) Ah poor me, eh ;)

At this time of year, nice to compare the weather in Phuket with the weather back home. Now, I do recall as a kid that a bit of snow was fun, making snowmen, snowball fights, always getting new gloves and scarves as Christmas presents.. but later in life after much traveling, I decided that warm weather was more pleasant. So here's a photo from home - taken by my mother in Goffs Park, Crawley, West Sussex. 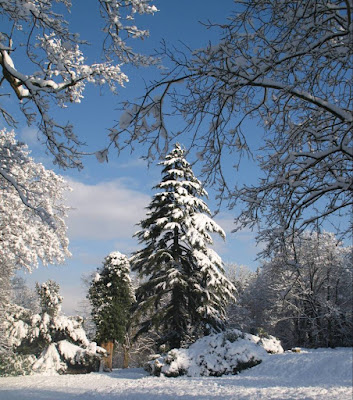 And in Phuket? Yesterday we had a party for our son's 5th birthday. Party at the beach. Kids playing in the sea, plenty of food, drink and fun. 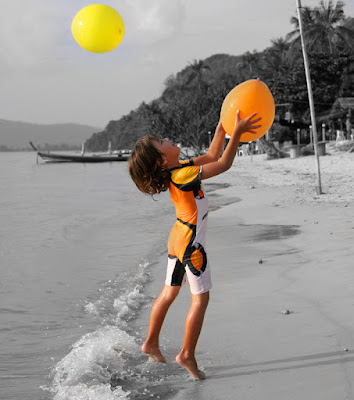 From 4pm until sunset is the peferct time to be at the beach. Any earlier in the afternoon an it's just too darn hot. Here's yesterday's sunset... 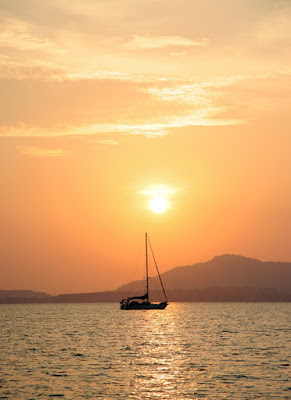