Another week in Phuket - this is the hot season, still no rain, that's got to be 6 weeks now with hardly a sniff of a shower. I can really start to see plants wilting, looking thirsty. I don't want to waste water, but do need to water the garden almost daily now. My wife too the kids up to Bang Wad Reservoir a couple of days ago to ride bikes - she says the water level looked healthy. These days they pump water into the reservoir from other sources such as old mines. Although plans are in progress to build another reservoir for an increasingly thirsty Phuket. Meanwhile, Bang Wad, which is a popular recreational area for locals, is being given a huge overhaul to create a recreational park - see report in the local paper.

Saturday last week was my day off - every other day hiding in the airconditioned office. After a long hot day, we made an effort (the whole family) to get off our backsides and see something different. The Heroines Memorial Fair in Thalang (between the airport and town) celebrates the battle of Thalang in 1785. It was a big event, we'll go again next year now that we know more about it. A couple of photos... 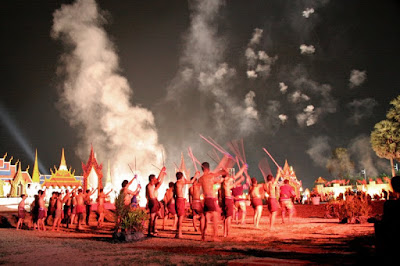 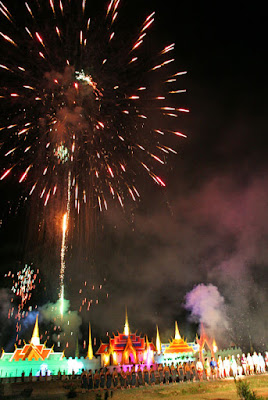 And on my Phuket Blog - Phuket Heroines festival.

This weekend, I'm hoping to take the family out again, plus my wifes sister who will be visiting - we hope to get out to James Bond Island after a seafood lunch in Phang Nga. Pretty sure the weather will be good!

Anyone been in Phuket recently? Got a blog? Do let me know!