Yes, April is here. The "high" season is winding down - many large overseas tour operators don't run charters to Thailand after the end of March, and as can be seen from last week, we start to get some rain and cloudy skies, although most days are still sunny, and it is very hot. This is the Thai "summer", hottest time of year, when schools are on holiday (apart from International Schools who have holidays same time as "back home"). On average, April is the 5th driest month of the year, but seems wet, since December to March is the dry season. We had those thunderstorms and brief but heavy downpours last week, but the last few days have been dry again.

Friday last week was the last wet evening. On Saturday, clouds threatened in the afternoon, looked like a big one was coming, nothing much happened, but it put me off going to watch the local football match, Phuket v Ranong - Phuket won 5 - 0, maybe should have gone along, as the rain did not come.

Sunday to Tuesday - hot and sunny, no rain, very blue skies. The 2 photos below were taken yesterday afternoon outside our dive shop in Karon Beach. 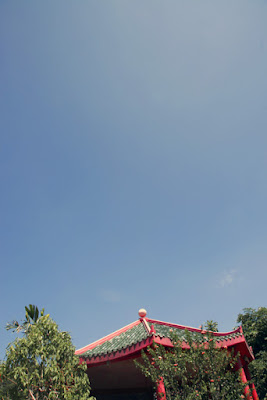 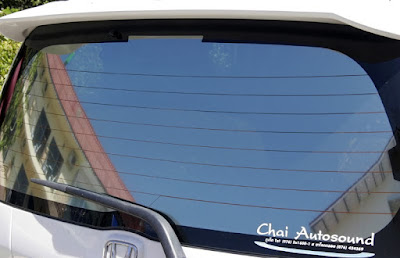 The nights have been very warm, hardly any wind - about what you'd expect at this time of year. I want aircon in our living room, but.. same every year.. soon enough the west winds will blow, and they blow right into the windows of our living room, so it's suddenly far more comfortable.

Coming up in Phuket - oh, just noticed it already started yesterday, 6 - 8 April, Phuket International Tattoo Convention. And then... Phuket Bike Week 2010 - from 9 - 13 April. I took some photos last year and will try to take some more this year (see Phuket Bike Week Photos 2009).

And then - Songkran.. the Thai New Year, 13th April. Last year we drove around Patong Beach in our pick up, throwing water and getting very wet (see Songkran 2009 Photos).

April in Phuket - lots of things happening, hot weather, oh and it's great diving at the moment too! Happy New Year :) 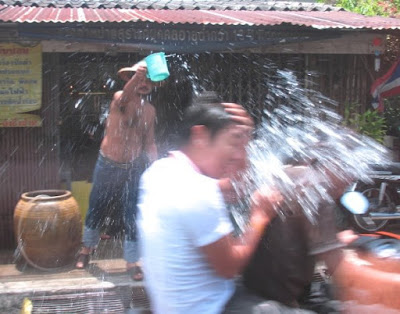