So, the last update on the weather blog was April 3rd and the news was all about heat and sunshine, and dropping water levels in the reservoir.As we approached Songkran, the Thai New Year on April 13th we were expecting continued hot weather. Most of Thailand was baking. There were signs of a break in the weather...

On April 4th I Tweeted "It's been hotter than hell for the last 5 weeks. Today I saw rain for 15 mins, which was the first rain I have seen for 5 weeks."

April 6th "a bit cloudy and of course it's plenty hot. But a fair breeze blowing too."

April 8th "Phuket weather this morning is rather hazy again. The winds have died down, it was a bit breezy over the weekend. I can't see any blue sky."

And later on April 8th, the sun burned through and I figured the hazy days might be done. 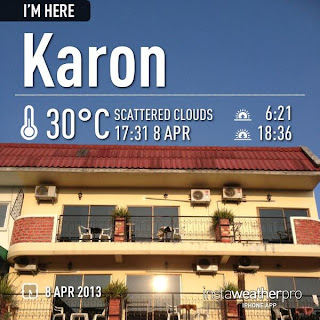 (above) Blue skies over the dive shop on April 8th

April 9th "Looking like another hazy start, but that sun is already starting to burn through. Prediction : HOT"

April 10th "Ooh! Rain! Not seen this much for weeks. My garden will be happy :)"

We had a grey start on the 10th, and some heavy rain in the middle of the afternoon, but it only lasted about 20 minutes 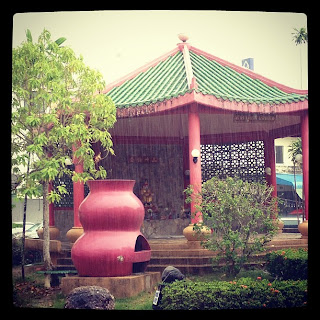 (above) Rain! First heavy rain I had seen for about 6 weeks! That little Chinese shrine is outside the dive shop where I work (Sunrise Divers at Karon Beach)

11th April "Every Tweeter in Bangkok is Tweeting about rain. It's dry in Phuket" - sounded like Bangkok got a drenching on the 11th with some minor flooding which soon drained away. Phuket was dry again and I had a very nice night on the town with a few friends, doing a little "pub crawl" in old Phuket Town starting with a great dinner at Kopitiam, then on to the Rider Cafe, Roxy Pub, the Anfield Bar ... 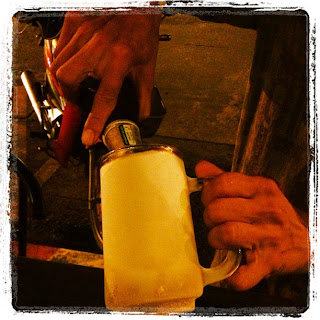 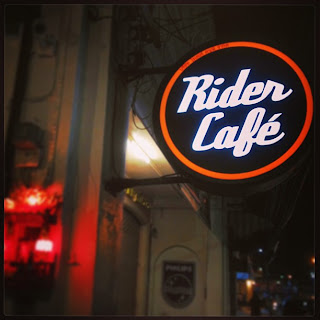 (above) Rider cafe in the old town

12th April - looking like Songkran would be a hot one! Here's the view at my house on the 12th .. blue skies, lovely day! 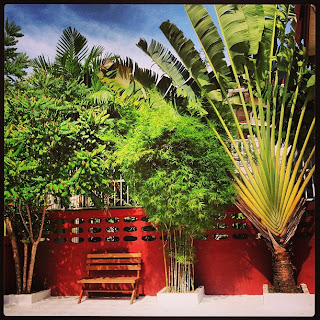 On the 13th, the big water throwing day of Songkran, it was cloudy, there were a few drips of rain, I went out in the afternoon for some watery fun, beers, BBQ and that was that! My wife and kids were in Chumphon on the east coast and said it was heavy rain all day there - certainly not fun Songkran weather :(

After that grey 13th the weather took a turn for the worse ...

April 14th "It's a wet, grey day in Phuket. I did manage my 1 hour walk without rain early this morning, but now it's like an English summer."

and "I saw 2 accident scenes on the steep hill between Chalong and Kata this morning, wet roads after many dry days = slippery."

The rain is much needed actually, of course we all prefer a sunny day ... but a rainy day can be fun too!

But then later on the 15th it was all blue skies again - make your mind up! Goes to show - the rain does not last all day - it's worth getting up and out even if things look a bit damp. Fortune favours the brave! 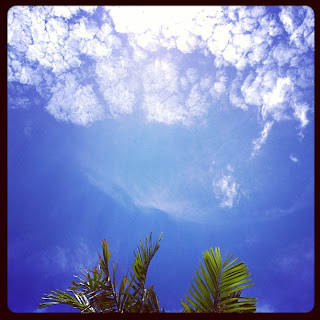 (above) Sun and blue skies on 15th April

But then on the 16th .. "Light rain falling again here at Karon Beach. It's like Glaswegian weather only 25 degrees warmer :)"

And the sea was a bit rough, looked unpleasant down at the beach. Time for a massage, a cold beer, a trip to the movies maybe!

Got rather rough and wild in the afternoon and night of the 16th, several dive trips cancelled due to the weather, did not leave port on the 16th evening or 17th morning. One dive boat that was already at the Similan Islands took on water and sank - all the divers and staff got off safely thankfully. I Tweeted on the 16th - "Often there's a short spell of wet weather in March or April before the actual low season.. I reckon will be all sun again soon." - this is quite true, seems to happen every year, a little false start to low season gets everyone worried and then the sun returns. I measured 49mm of rain at my house on the night of the 16th!

The 17th was grey and quite windy, another day for avoiding the beach. Someone on Twitter took my advice and headed out anyway - and later Tweeted "ended up touring Rawai and Nai harn area, very pleasant afternoon! and no rain" - you see!!

April 18th "A much nicer sunnier day in Phuket, though I did have some light rain at my house about 9am. Sun shining now at Karon beach :)"

As predicted ... weather got better after a day or two. And I am now ON HOLIDAY! for a few weeks. My parents arrived from England last night, it's 9:30am and nobody else in the house has woken up yet, ha ha! And the weather ..... I'll just dash outside and take a photo and put it on Instagram - do follow me on Instagram at instagram.com/phuketblog! 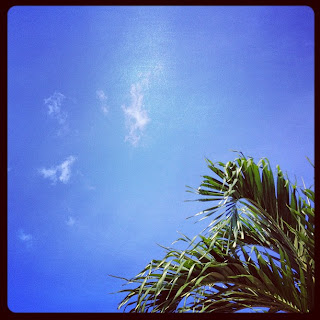