Wow, nearly the end of May already. And the low season does not seem to have kicked in properly. We have had a few rainy days, a few damp, grey days, but also a lot of sunshine since the last weather blog update on May 13th. That last post was mostly talking about our holidays in the Phuket and Khao Lak area, a lovely 2 weeks of sunshine, beaches, jungle and family time. I want more holidays!

In the last 2 weeks, we've been getting back to 'normal' life - I am working, and despite low season there is a lot of work to do at Sunrise Divers, mostly website related. Well, most of the major things will be completed this week, but I have been staring at a monitor screen for most of the last 2 weeks! And the kids are back at school, so this means early wake-ups every day, not like holiday at all! We're normally up at 6:30am, and they start school 7:45am. So, we're back in the very normal routine, a normal every day life .... I think maybe some people get the idea with my blogs that I am on constant holiday, but honestly, it's a normal life!

The Phuket Blog continues, I have added several new pages recently related to our holidays ...

A few details of the weather in the last 2 weeks ... I have to go back and check my Twitter feed, the weather is normally mentioned every day. Good idea to follow me on Twitter if you want regular Phuket news and weather updates.

13th May : Yesterday was rather wet and grey, but today is sunny. That's typical low season weather .. rarely stays wet for long.

So true! A tropical storm called Mahasen was in the Indian Ocean, headed for Bangladesh, it may have caused some rain on the 12th, but the 13th was lovely. Low season had not arrived yet! 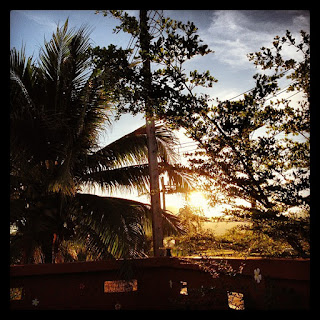 (above) Sunset as seen from our house, 13th May

15th May : Just had about 10 minutes of rain, and the air became so thick it was hard to breathe. Very hot and humid today.

16th May : hazy start to the day, but the sun is burning through already. It's going to be a hot day. No sign of low season!

And on the 16th the bloody aircon compressor at the dive shop broke! And it was HOT .. did not get fixed until the 17th in the afternoon.

17th May : Weather report ... it's hot, of course .. sun is disappearing and dark clouds appearing, I do hope we get a little rain.

19th May : Rainy Day in Phuket ... and later Still raining .... nothing too heavy, it's just a grey, drizzly day. The first day like this for a long time.

Did not last long again!

20th May : Plenty of rain yesterday, but this morning is grey, but bright and warm. 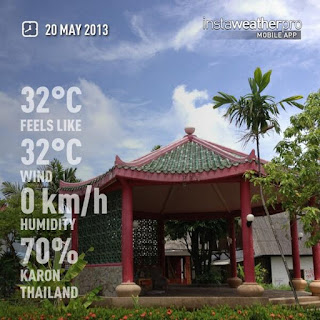 21st May : Grey morning ... just had some light rain. The day could go either way ... might clear up, might get wetter.

And in the evening of the 21st, the big power cut. We were eating some food at Kopitiam in Phuket Town, and the power went off. Well, that's not too unusual, except we then heard from my wife's family that the power was off in Chumphon also, 400km from Phuket. Turned out that the power had gone off over the whole of South Thailand! It only lasted a few hours, but damn! See news report on the Bangkok Post. 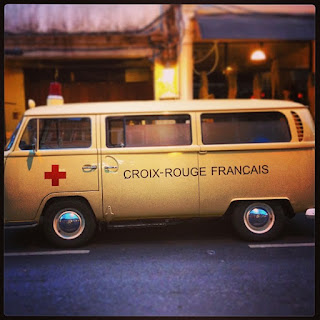 (above) on Thalang Road in old Phuket Town 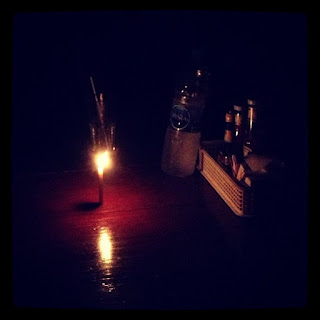 (above) Candlelight only on 21st May!

22nd May : And after some light rain early this morning, it's quite sunny right now

And here's my low season weather mantra. If anyone asks me what the weather will be like in June, July, August, September, October, I say: 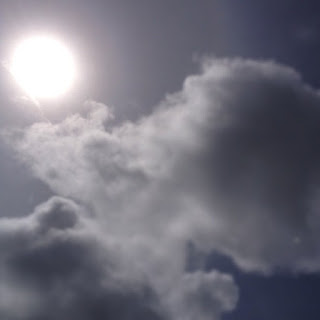 24th May : we're getting some heavy rain right now at Karon Beach. and It's a wet one!

With a sudden change, as is normal in low season, we went from a sunny 23rd to a wet 24th. 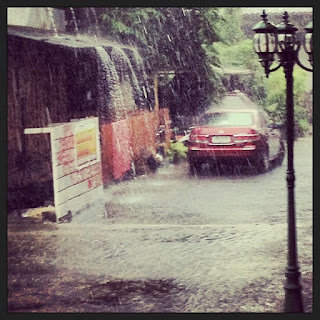 I measured 41mm of rain at our house on the 24th, then the 25th had a little more, plus some stronger winds and the 26th about 29mm. Finally, some rain and proper low season weather! Photo above - outside the dive shop on the 24th.

25th May : the morning is cloudy with some sun, or is it sunny with some cloud? but later Sunny (ish) morning, but the rain has arrived now and finally Wet 'n' windy! I think I can say that low season has finally arrived. 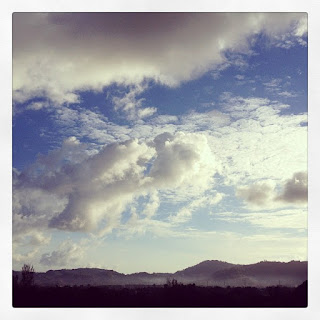 25th May was worse in Krabi - longtail boats damaged and capsized - see news in the Phuket Gazette.

And the last 3 days have been sunny again. That's what you get in low season! Can't predict, if you ask me, I will say "some sun, some rain". Bring a small umbrella, bring sun lotion. And enjoy what you get! One great thing about Phuket in low season - hotel prices are way down on high season. You can get some real bargains.

• Check Phuket Hotels at Agoda.com - best rates, so they say! 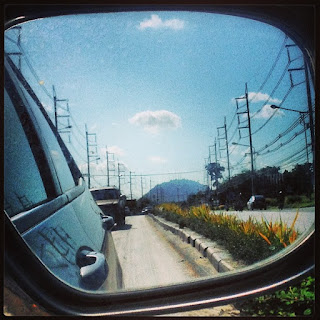