After the Rain comes the Sun

Well, the last update on June 10th was a while ago - it came after a very very heavy rainstorm on the night of the 9th leading to flooded streets for a while in parts of Patong and Phuket Town, though I never saw any floods myself next morning driving from town to Karon beach. The local news does tend to dramatise things - people see headlines with FLOOD in big bold letters and assume the whole of Phuket is under water. Actually it was just a few streets. Not great if your hotel is on one of those streets of course! After the 9th we then had about 10 days with some kind of rainfall, sometimes heavy, sometimes light showers, but also some sun too. Worse than the rain was the wind. When the strong winds blow from the west, it can create big waves at the beach and at sea. In low season I'd not recommend booking boat trips or diving in advance. Wait until you are here, see what the weather is doing first.

Also - big waves at the beaches are DANGEROUS. It's happened again this year. Big waves, red flags flying at the beaches and still people decide to go swimming. DON'T! 4 people have drowned in the last week and several others lucky enough to be rescued from heavy surf. If you see big waves, swim in the hotel pool. It's low season so nice hotels with big pools have low rates (see Phuket Hotels). Please do not drown.

So, here's a recap of the last 2 weeks weather ... for daily updates on weather, Phuket news and more, please follow me on Twitter.

June 10th - rainfall about 40mm, big waves, rain, wind, and I even used the word "shitty" on Twitter.

With excellent timing I wrote a new post on Jamie's Phuket ... Things To Do On a Wet Day in Phuket!

Now, often in low season after 2 or 3 wet days, things get better, but not this time, not really. The weather had been drier than normal for ages, so it was time to rain! (above) In front of my car at the traffic lights on the way to work on June 12th ... the Ice Man

June 13th - 30mm rain, wet and windy day. I refer you to the previous link for ideas of what to do here in the rain.

Actually, number one thing to do in Phuket in the rain - buy an umbrella and/or a plastic raincoat - you can buy cheap raincoats for about 25 Baht in many shops. Then, just go out in the rain anyway!

June 14th - 10mm rain, but some blue skies too! Very mixed weather. In the morning I Tweeted "Weather right now ... rain, wind, thunder." but then at lunchtime the sky at Karon beach looked like this : 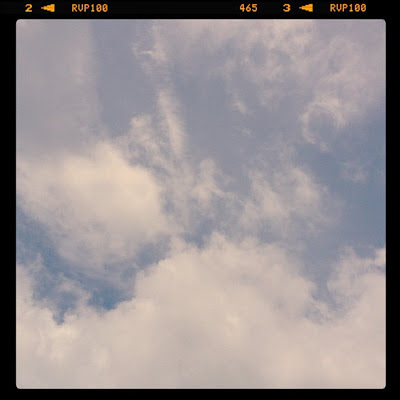 And 30 minutes later, this was the view from the dive shop... 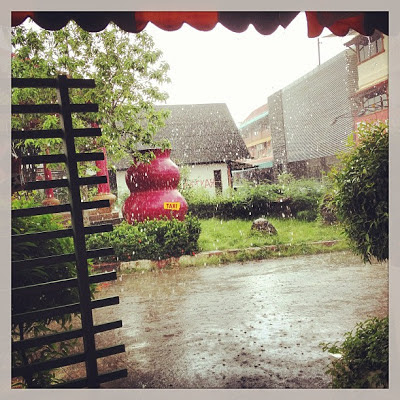 For the next few days, we had quite typical low season weather with some sun, some rain, quite windy. A day like the 14th is normal - rain, sun, rain, sun, so I say - just get out and do something. If I hear anyone say the words "stuck in my hotel room" ...

June 15th - rainfall 38mm. The morning Tweet was "Weather this morning is dry, better than forecasted ... but no sun either, it's 100% cloud cover." but then rain came along with strong wind, someone told me it was raining sideways in Kamala beach :)

Later the weather was OK, we walked in old town and visited the Since 1892 Cafe on Thalang Road. Even on a wet day, a walk in old Phuket Town is nice, plenty of interesting things to see, and lots of bars and cafes :)

Rain died away after the 15th - rainfall for the 16th was 16mm, then 9mm on the 17th, 8mm on the 18th and 6mm on the 19th. The sun started to make an appearance too. And I have not measured any at our house since the 19th. Sure there may have been some somewhere, as rainfall can be very localised. But I want to say again. Rain is not the big problem - it's wind and waves. 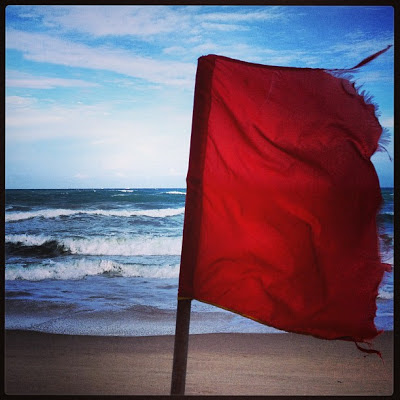 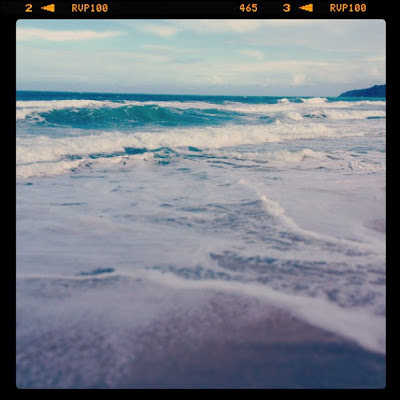 Photos above taken June 19th at Karon Beach. The waves in real life are bigger than they look on the photos. I can swim well, I was a diving instructor for years. I personally would NOT swim in those conditions. If I was at Karon, I'd look at booking a hotel near the beach like the Hilton or the Thavorn Palm Beach Resort which have pools with a view of the sea. And I'd swim there.

See the red flag and big waves? DON'T SWIM AT THE BEACH.

June 20th - no rain, but very windy - dive boats cancelled trips, but still some boats went out, when they really shouldn't. A Chinese tourist drowned in Phi Phi, due I am sure, in some way, to the weather. I was in Phuket Town again in the afternoon, took a wander around while our daughter did some extra school classes. Here's the Kopitiam restaurant on Thalang Road : And me and my boy chose some lottery numbers .... June 22nd - Saturday and sunny, so I did a lot of work around our house, as 10 days of rain had made things a bit wet. Garden needed doing and it was time to pressure clean the concrete in the driveway. What a fun life! We did also get out to eat - nothing fancy, just noodles at a shop which I will blog sometime called Yentafo Sam Pee Nong, on Dibuk road in old Phuket Town... 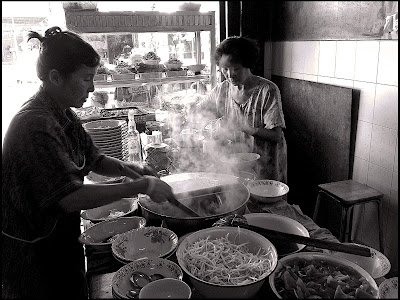 June 23rd - sunny day and the winds finally disappeared too. In the late afternoon, a street parade in town for the Baba Wedding event. Baba people are of mixed Chinese / Malay heritage and Phuket and the Phuket Baba people are doing lots of work to preserve the culture and history - I have blogged about the event on Jamie's Phuket - see 2013 Phuket Baba Weddings. Today has started dry (26th) - a bit cloudy, hazy - I hope that Indonesian haze does not come this way. Singapore has looked terrible for the last week, and it can't be very healthy. So we've now had about 5 dry days. Great conditions for diving and well, anything! Still some heavy surf at the beaches though - waves are caused by winds across the ocean, not just local wind. I'll go look at the sea when I get to work soon .....

After the Rain comes the Sun  |  The Phuket Weather Blog