Sun and Rain and Sun

If anyone asks me for a Phuket weather forecast any time in low season (May to October) the answer is ... sun, or rain .. calm, or windy .. in short just cross your fingers and be happy you are getting a cheap hotel! Much of the time the weather is OK, sometimes it's not, in which case check out Things to Do on a Rainy Day in Phuket! The last weather blog update was 26th June and we'd just had a fairly nice sunny week after a rather wet time earlier in June. But it's low season and the weather changes often! It had turned out nice for the Baba Wedding Parade on 23rd June and was sunny for quite a while, but with some strong winds and big waves at the beaches - and every year, EVERY YEAR, are you reading this? Every year, people drown in low season at the beach in Phuket because they are on holiday and go swimming in the sea despite big waves and red flags flying. If you see big waves, do NOT swim, OK? Get a hotel with a pool and swim there. Go for a walk on the beach, but swim in the pool. Got it? 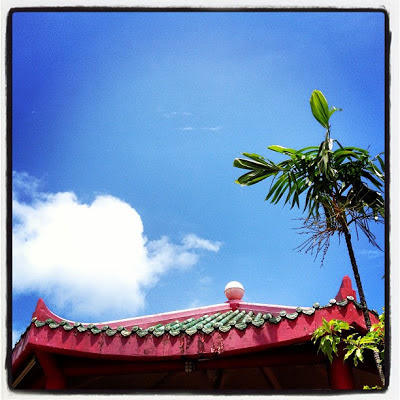 A Tweet from 27th June "Light rain last night and early this morning, just a few drips really. Now looks like the sun has got his hat on again."

28th June "Sunny morning with some dark clouds hanging around."

And well known Thailand blogger Richard Barrow was in Phuket on the 28th, and Tweeted "Good morning from Phuket Airport. Temperature is 30C. Sunny with some cloud cover pic.twitter.com/NE8wUPfLsb" 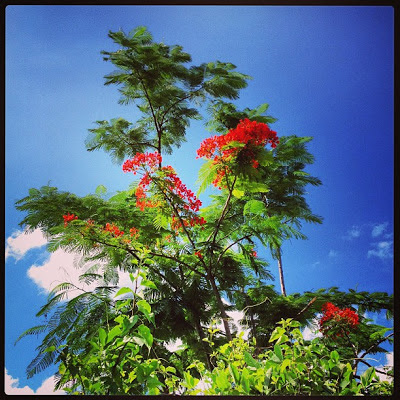 (above) This tree is right outside our house .. 29th was a hot, sunny day.

Weather was very nice at the end of June and the wind died off too, so the sea was calm and weather was perfect for just about anything!

30th June "skies are blue over my house. Looking like a lovely day ahead"

But it did get cloudy later. I went for an Indian curry in the evening at Sabai Sabai near Kata Beach. Very tasty chicken Madras. Makes a nice change. 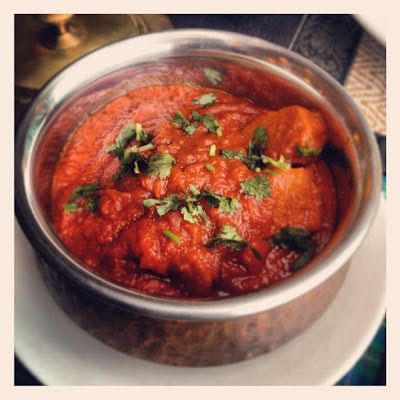 And then after a good week of sunshine, the rain was back! It came in the night.

2nd July "Was a wet night! Over 50mm rain, and still light rain falling this morning."

and "It's a grey, wet, dark and windy morning"

Weather changes quickly from one day to the next, I don't make any forecasts or even guesses. Can be anything! 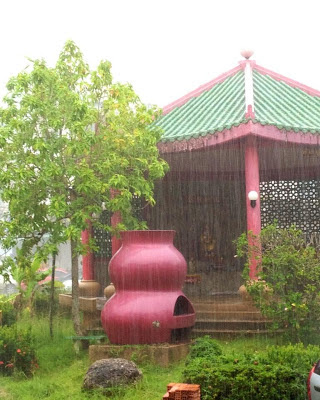 That's another photo of the little shrine outside Sunrise Divers. Wet day on the 2nd!

Commercial Break ... a few months ago Snoop Dogg, who is now called Snoop Lion and someone called Rita Ora, who I had never heard of, but is apparently a big new pop star in England .. they did a video shoot in Phuket and here's the result. Yes, I live here.

Back to the Phuket weather report ... July 4th. Well, my last Tweet on the 3rd was "Going to sleep now to the calming sound of the rain falling and wind blowing" - and my first Tweet on the 4th was "2am ... Still wet and windy ... And we have a power cut" but with an iPhone I can Tweet even with no electricity :)

By morning time on the 4th ... "Light rain falling all night with blustery winds, still wet this morning, with dark grey skies."

No floods, though. The rain had been light but steady, no heavy showers. If there are floods in Phuket it tends to be due to heavy downpours and poor drainage, but within a few hours the water all heads off to the sea. The forecast after the 4th looked better. Which was good news, since the 4th was kind of like English drizzle but warmer. On the 5th our kids were due to perform along with many others with their rock group at a concert organised by the music school - it was going to be outside, but was moved to an indoor location. It was not a wet evening, but safety first. And here's my kids on Friday evening ... 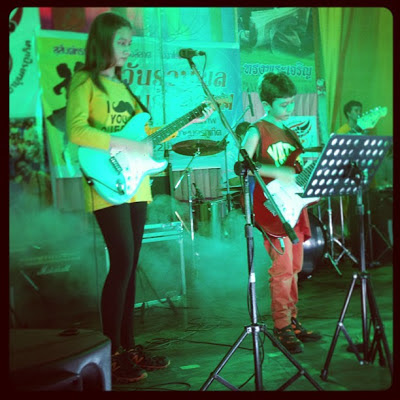 Saturday (yesterday) 6th July. I thought about checking out the air show, but had a feeling it might be a bit unimpressive, waiting to read reports .... we decided to visit the Phuket Botanic Garden which opened last year. It was a hot afternoon, not quite sunny, but hot and humid, and the Botanic Garden was bigger than I expected. Well worth the visit.

After a hot Saturday, I awoke this morning after a wet night ... "Grey, drizzly Sunday morning ... 21mm of rain fell overnight, nothing heavy, just steady light rain" - it got better during the day, sun came out and I think the coming week will be very very good weather.

See you in Phuket! Need a hotel? Look at Agoda for a start.

Want to dive in Phuket? See me at Sunrise Divers!

Have a good week!

Sun and Rain and Sun  |  The Phuket Weather Blog