So, it's September! Many websites list September as the wettest month on average in Phuket, although my rainfall averages for Phuket show that October is wetter. Anyway, I was thinking that we were due some rain, as much of August was very sunny. It has felt like this low season has been dry, but I see high water at the reservoir where I go for exercise, and it had been really low earlier in the year, so I think the low season has been wet enough.

The last update on the Phuket weather blog was August 25th, and it was pretty much all blue skies in the preceding 2 weeks, only a little rain in the night and a couple of not-really-sunny days. In any case, if your holiday to Phuket was at the end of August, well played! Now a summary of the weather since August 25th up until today (September 10th) ....

For (almost) daily updates on weather, news, Phuket gossip etc... you can follow me on : 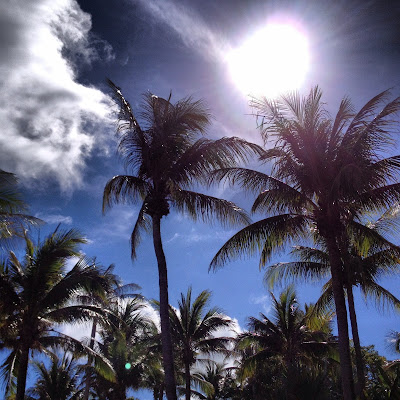 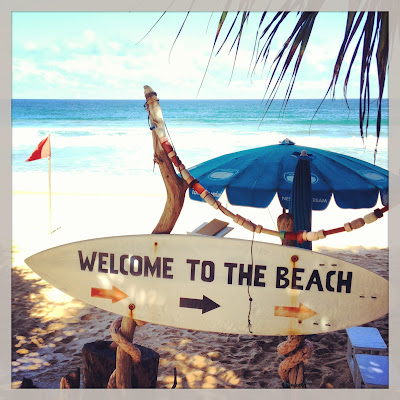 (above) 2 photos taken around Karon beach on August 26th.

August 27th ... I Tweeted "Another beautiful sunny Phuket morning. August has been a really nice month. It's gotta rain sometime though!"

Went running at the reservoir in the evening and this is the sunset as seen from there : 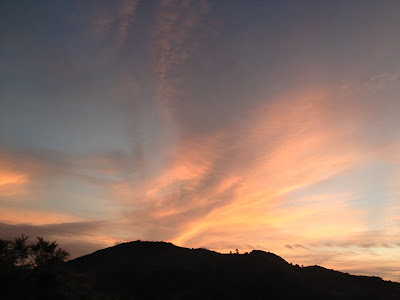 August 29th ... a change is gonna come. Tweet "After so much sun and hot weather this August, looks like weather is changing ... 28mm of rain overnight. Today has started grey." "Phuket weather update ... it's a-raining. Yeh, looks like the long sunny spell is over for a while."

We were at the Phuket Wake Park in the afternoon, our kids current favourite thing to do ....

1st September ... started with "Another lovely sunny day!" and then later "the sunny morning has turned into a wet lunchtime."

A normal low season day ... you can get sun and rain and then sun again! Not many days are wet all day.

Oh and on this day 2 people died of note .. Sir David Frost and Luang Pu Supha.

4th September, sad day for our family. I went outside just before 8am and found our lovely cat, Giacomo, aka Jack. Dead in the road. I saw his final death twitch. Must have been hit by a car or bike, but I did not see any car or bike. Only poor Jack. RIP. And the weather was nice ... see below : 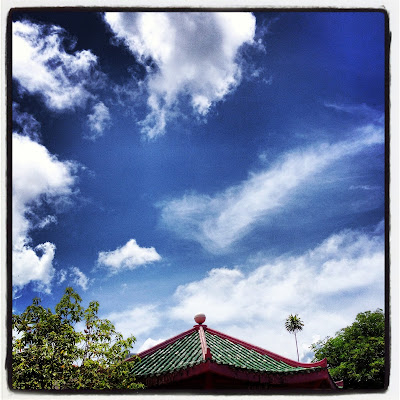 5th September ... "A grey, damp start to Thursday in Phuket ... been sunny all week, but I have a day off today. Bloody typical!"

6th September .. a wet morning! Some big puddles on the roads as I drove to work, not "flooding" exactly, just big puddles! 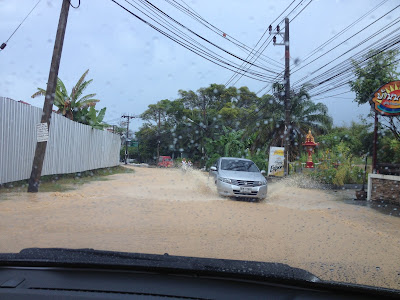 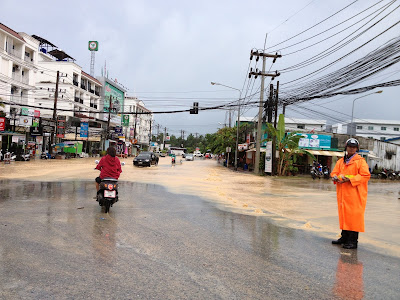 (above) 6th September, 2 photos of wet roads near Patong beach

7th September ... a decent enough day, not really sunny, but not really wet ... until the night ... there was a lot of rain in the night, especially in the small hours. Some minor flooding in a few areas of Phuket Town, which lasted a few hours.

8th September ... So it was a wet start! Nice to see that some people don't moan about the rain - I saw a quote on Twitter "Awoke this morning to tropical rain. Wonderful to sit on the balcony with a cuppa & relax", thank you Rod! The rest of the day was fairly dry actually.

9th September (yesterday) ... "Weather today was decent .... getting some light rain now (9:45pm). Forecast maybe a bit wet next 2 days then getting sunnier."

10th September (today!) Yeh, pretty wet all day as predicted the day before ... tomorrow likely to be similar, then better towards the weekend. Here's a little video from Instagram I took at lunchtime, looking out from the little restaurant where I was eating lunch ...

Have a good September everyone!

If you are coming to Phuket soon - I suggest looking at Agoda for Phuket Hotels - and let's hope you have nice weather :)

Don't forget to look at Jamie's Phuket Blog for lots of Phuket information too!