Well, when we last updated the Phuket weather blog in early June, it looked like the real low season was about to kick off after a very wet period, followed by a few nice days - this always happens at the start of low season ... then just as we think it's getting nice, some real bad weather starts! Well, the high season had been long and hot. And much of June was pretty good too. I saw on the news that many places around the world had their hottest ever June. Weather is definitely a bit f*cked up. And this is an El Niño year, with recent reports suggesting this El Niño may last through to 2016. El Niño tends to make things a bit tipsy turvy or, in other words, f*cked up. Record temperatures, record rainfalls, more storms, more drought, less rainfall .. depends on the location. Can we control this? No. Should we worry? Not really, not in the short term. Long term, y'all might want to thing about energy use, carbon emissions and recycling. Every little helps.

Let's have a look through June with the help of Twitter and some photos. Please do Follow Me on Twitter for weather news, Phuket news, idle chat .. and you can ask questions on Twitter too :) I tend to mention the weather most days. Last blog update was June 2nd, so let's recap the month of June 2015 ....

Sunny evening .. Stopped at the exercise park near my house in Kathu #Phuket pic.twitter.com/M2wGXW6IWn

Sunny afternoon and I've been doing the garden ... Yeh, life in Phuket is not all cocktails by the beach. pic.twitter.com/uRunlhtpBM

June 6th (above) a "stay home" day .. got to do gardening sometimes!

(above) View from Khao To Sae, also called Monkey Hill.

And even a nice sunset from our house later ...

Today's sunset as seen near our house pic.twitter.com/o2nRuJgRL9

Looking out the door of Sunrise Divers ... Not an ideal day for diving :) pic.twitter.com/D19FllYIYN

Weather today has gone from clear to grey to sunny to heavy rain and now blue skies #Phuket pic.twitter.com/BDncORoTVz

(above) Last 2 Tweets both from June 8th, typical low season weather. Might rain a bit, and then before you can finish lunch it's all sunny again!

June 9th, the weather was "grey, not sure which shade of grey. But it's a light grey. Chance of rain. Chance of sun."

June 10th and 11th I had to visit Phuket immigration for my 1 year visa renewal, mostly simple, a few paperwork issues, like copies of my work permit being landscape when they need to be portrait.

June 11th weather was "slightly cloudy, or partly sunny depending on your mood."

June 12th I Tweeted the weather a few times, as it went from sunny to rainy to sunny.

A few little floods today due to heavy rain, but drained off pretty quick. I saw no floods in my 40km driving today http://t.co/vWFwFIdjZC

June 13th a bit of a wet Saturday and we had a new bed delivered Friday, so comfy that we did not wake up until 10:30am Saturday.

Breakfast time .. At 12:30 :) Fried kale with crispy pork and a fried egg on rice thank you. pic.twitter.com/VlRYnir5Yp

(above) June 14th was a bit wet, but dried up in the evening so we could visit the Sunday walking street market.

Rain rain rain this morning and now power has gone off at the dive shop.

But things got better ...

Thursday morning weather - lots of blue sky, hardly any wind. That should cheer some people up after a few very wet days here in Phuket.

June 19th I took a longer lunch as the power went off at the dive shop, so closed up for a while and headed to Rawai for lunch at Lucky 13 Sandwich. Good sarnis - recommended! 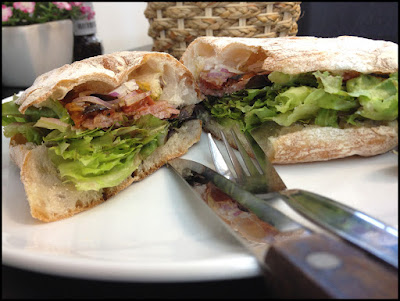 Weather today .. not seen the sun yet, nor has it rained. Everything is light grey. Think I'll have another beer.

June 21st a lovely day, not perfectly sunny, but we took an exploratory drive around an area of Phang Nga province, just over the bridge from Phuket. A big area that we'd never seen before. 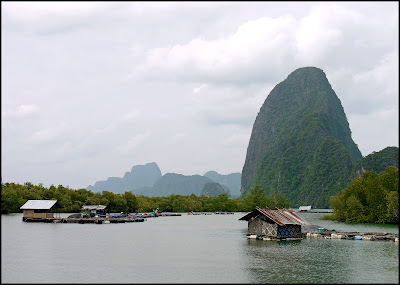 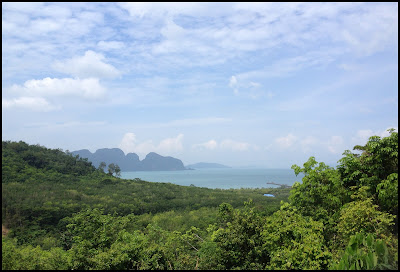 (above) A couple of view from our drive on June 21st

By June 22nd the weather had totally improved ...

June 23rd a much nicer day to visit Sunrise Divers and book some diving!

June 24th the weather Tweet was "some sun, some cloud, light winds, maybe a chance of light rain ... maybe not." 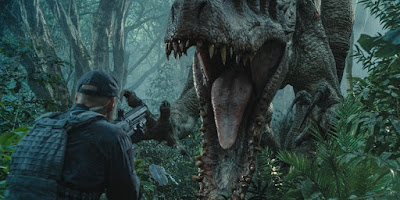 June 28th, started sunny, got rather grey, some rain around, but nothing too serious.

The first few days of July ... sunny, but then the wind has picked up and there have been some heavy showers. Again, nothing too serious. We don't get really bad weather here, no typhoons or huge floods, nothing like that. For sure some days can be wet, not nice for holidays. One thing I must remind people of is this .... 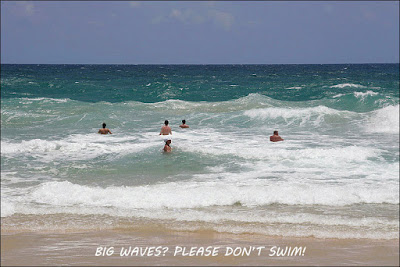 EVERY year some people drown at Phuket's beaches. Someone just drowned a couple of days ago at Patong. See big waves? DON'T SWIM! There can also be rip currents. Stay safe, please!

And see you in Phuket!

It's July in Phuket .. How was June?  |  The Phuket Weather Blog